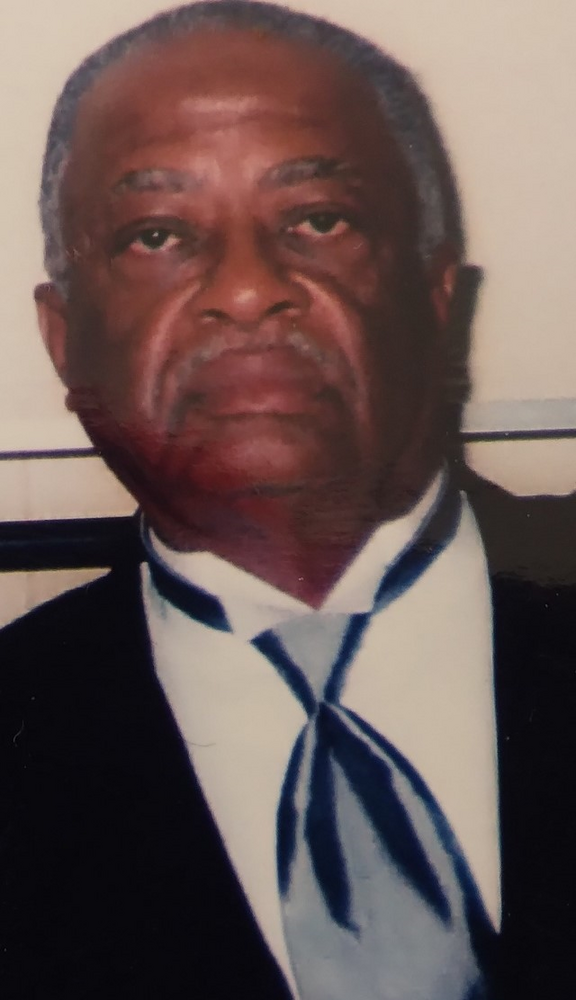 Please share a memory of Ira to include in a keepsake book for family and friends.
View Tribute Book
Ira Lee Johnson, Sr. was born on May 21,1937 to the late John Johnson and Elizabeth Naves in Birmingham, Alabama. He was one of twelve children born to this couple and was preceded in death by his siblings, Elbert, Thelma, John L., Deloris and Willie. Ira accepted Christ as a young adult and also sang on the young adult choir and male chorus at Oak Street Baptist Church, in Birmingham, Alabama. For many years, he has been a member of First Corinthian Baptist Church in Philadelphia, PA. Ira received his formal education in the Birmingham Public School System and graduated from Parker High School in Birmingham, AL in 1955. He went on to work as a laborer for the American Cast Iron Pipe Company (ACIPICO). In May of 1960, Ira married Eva Lois Carroll. To this union, three sons were born: Ira Lee Johnson Jr., Michael Anthony Johnson and Eric Jerome Johnson. Ira moved his family from Birmingham, Alabama to Philadelphia, PA where he worked for the Philadelphia Inquirer Newspaper, the University of Pennsylvania and the Philadelphia Housing Authority (PHA). After 3 years with PHA, Ira found his true calling in the law enforcement field and was accepted into the Philadelphia Police Academy's class 231 and graduated on December 3,1973. Ira served more than 25 years as a police officer, which included 7 years on the Drug Enforcement Administration (D.E.A.) task force. He retired from the police department in 1998. Apparently, 25 years of hard work as a police officer was not enough for him. He took a position as a security officer for the Federal Reserve Bank, where he worked for 10 additional years. Ira was an avid sports fan and favored the Cleveland Browns football team and the Boston Celtics basketball team. He loved to hunt and play softball, but his passion was fishing. He talked about fishing practically every day and would often plan trips with his family and friends. He also enjoyed his annual birthday celebrations at his favorite restaurant Red Lobster, where his children, grandchildren and family treated him. One of Ira's most notable characteristics was his great sense of humor. He often embellished stories and kept folks laughing with his sarcasm, wise cracks and over the top comments. Ira leaves to to cherish his memories, his siblings Vera Christian of Philadelphia, PA, Marjorie Christian, of Villa Rica, GA, Lee Andrew (Cynthia) Johnson of Fairfield, Alabama and Meldoris (Samuel) White of Birmingham, Alabama; his children, Ira (Geneva) Johnson, Jr., Michael (Artensa) Johnson, Eric (Hope Davis) Johnson, daughter in law Zennee Smith former wife Doretha Johnson, his step daughters LaTanya and Janel Henson Thirteen grandchildren: Eric, Michael, Ericka, Brittany, Khalil, Ebony, Artensa, Nicole, Eric, Janae, Melea and Josh eight great grandchildren: Major, Michael, Ean, London, Cameron Maverick, Giselle and Zyla a host of nieces, nephews, cousins and friends. Ira will be sorely missed. - Lovingly Submitted, From the Family
To send flowers to the family or plant a tree in memory of Ira Johnson, please visit Tribute Store
Saturday
12
November

Look inside to read what others have shared
Family and friends are coming together online to create a special keepsake. Every memory left on the online obituary will be automatically included in this book.
View Tribute Book
Share Your Memory of
Ira
Upload Your Memory View All Memories
Be the first to upload a memory!
Share A Memory
Send Flowers
Plant a Tree